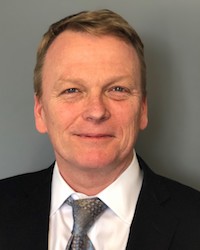 Robert J. Maher, of counsel to Crotty Saland PC, assists our clients in navigating the complexities that arise when New York State criminal law and Federal immigration laws collide. These kinds of issues can arise all too frequently, and having an experienced and knowledgeable attorney available to assist our clients in this area is invaluable. Understanding the impact of a New York State or Federal criminal conviction on a person’s immigration status in the United States, and the prospects of deportation, can mean the difference between simply addressing the consequences of a criminal arrest or effectively facing banishment from the United States. The stakes are genuinely that high and the price of making the wrong decision are potentially that drastic, oftentimes more serious than the direct consequences and potential sentence related to the criminal charge itself. Being permanently removed from the United States without the opportunity to return is an incredibly grim and life-altering consequence for many people convicted of a crime, or even those who have simply been accused of a crime. Simply, that is why it is extremely important to get competent legal advice from an immigration attorney when you are not a citizen and have been arrested for even what might seem like a minor offense. In the context of ICE and immigration law, there are no “minor offenses.” Oftentimes, immigration authorities are looking at factors and issues of a case that have little or nothing to do with the typical focal points of a criminal defense attorney. In fact, the immigration consequences of certain criminal convictions in New York can be catastrophic, resulting in far more dire consequences than the actual state law conviction itself.

The news is filled with stories of people who have been arrested for or convicted of “Crimes Involving Moral Turpitude” and “Aggravated Felonies.” Some have been deported or refused entry to the United States on the basis of these offense classifications. Others fear that a guilty plea or even just an arrest will lead to a knock on their door because of these convictions. That is where the New York criminal lawyers at Crotty Saland and Robert Maher can help you. Crotty Saland PC and Robert have assisted clients arrested for offenses such as Attempted Murder, Burglary, Grand Larceny, Petit Larceny, Possession of Marijuana, Controlled Substance crimes, Unlawful Surveillance, Assault and DWI. When it comes to the treacherous waters of immigration law, especially where and how it intersects with the already complex and perilous world of criminal law, Robert and the attorneys at Crotty Saland PC can help.

Working with Robert, Crotty Saland PC advocates for its clients from the vantage point and view of both criminal defense and immigration. In doing so, the Firm strives to secure the most advantageous result in the criminal court matter, thereby minimizing the subsequent immigration consequences. Before resolving the criminal case, Robert carefully analyzes the criminal statues involved, determines whether a conviction under the statute triggers an immigration consequence and evaluates the effects of the conviction. Make no mistake. Throughout the case, we address the complexities of the case in a manner designed to safeguard your immigration. Beyond clients needing immigration counsel associated with their criminal cases, Robert fights for clients’ citizenship opportunities among other legal matters.

Robert Maher is a member of the American Immigration Lawyers Association (AILA), an organization dedicated to making sure that immigration practitioners work together to provide the best results possible for their clients. He is a graduate of St. John’s University Law School and has been practicing immigration law for the past ten years.

Call our criminal lawyers and former Manhattan prosecutors at (212) 312-7129 or contact us online today.

Jeremy Saland
Contact Us
Practice Areas
Client Reviews
★★★★★
Jeremy answered his phone at 3am to help secure my son's release without bail, within hours. He went straight to the people that mattered and kept my son informed in the cells, giving him hope when no one was communicating with us. He was helpful to the extreme; very kind; very calming for my son; very confident he would be released. The fact he answered the phone, in bed, at 3am, when he was asleep was stunning - especially as no other lawyer did. They all rang back about lunchtime!!! I always felt informed; well advised and that someone was working in my son's best interest. I recommend him wholeheartedly. Sarah
★★★★★
Jeremy’s past experiences in working with the DA and his knowledge of the legal process was instrumental in getting my charge of unlawful surveillance dismissed. I would recommend his services to anyone who is facing serious legal charges. I found him to be professional, honest, intelligent, and I could not have had a better legal outcome than the one I received. Anonymous
View More
Submit a Law Firm Client Review